Separate design teams often attempt to meet a set of ship specifications with completely different, although equally valid, strategies. To fulfill the requirements issued in April 2169 for the successor (NX-223) to the Daedalus class, which was introduced at the end of the Romulan War, Prosser & Ankopitch proposed a ship with an extremely large, spherical command hull attached to a nearly vestigial engineering hull. The proposal from the Mikoyan-Tupolev-Dassault Bureau used a long narrow command hull with a minimal frontal silhouette counterbalanced by an equally long engineering hull.

The engineers at Tezuka-Republic decided that the division of ship's functions between a command/crew hull and an engineering hull was arbitrary and unnecessarily restricted design options. Therefore, rather than gathering all the specified facilities in a single hull, their design TR-223A spread them across two hulls, as in Daedalus, and segregated the SSWR-IV-C warp core to a "bustle" at the extreme aft end of the secondary hull. This bustle could be separated easily and quickly from the rest of the engineering hull in the event of a warp core breach. The now-unpowered warp nacelles would then be shed. In this way, the demands of safety would be met without warp dynamics being degraded either by an excessively large frontal silhouette or by longitudinal warp field imbalance.

Although the Ship Specifications Review Board praised Tezuka-Republic for its creative solution to the problem of admittedly contradictory requirements for extreme safety and improved warp performance, they were forced to disqualify design TR-223A for not precisely meeting contract specifications. Therefore, in October 2171, construction contract NX-223 for Starfleet's new cruiser was awarded to Prosser & Ankopitch for what would become the Wasp class.

However, almost no one was happy with the new Wasp ships. Even before the contract was awarded, voices within Starfleet and within industry had strongly criticized the specifications of April 2169. These critics charged that they would lead to a mediocre, albeit safe, fighting ship. Two separate classes were needed, not a single class that was neither a proper explorer nor a proper warship. When Wasp was finally launched in 2173, her performance during precommisioning trials clearly showed that the critics had been correct. Although the performance problems were related in part to the continuing unavailability of the more powerful Tezuka-Republic Hiryu ("Flying Dragon") mark III warp nacelles, Wasp was obviously not the ship Starfleet had hoped for.

In a second attempt to obtain a reliable and capable warship, new specifications (NX-374) were issued in September 2175, little more than a year after USS Wasp had entered service. Adding to this sense of urgency were intelligence reports suggesting that the Romulans had either developed or otherwise acquired matter/antimatter (M/AM) reactors. This time the specifications put less emphasis upon safety. The original requirement for completely separate command and engineering hulls was eliminated; instead, any hull configuration was allowed as long as the warp core could be quickly separated from the rest of the ship. Furthermore, requirements for speed, acceleration, and maneuverability both under impulse power and under warp power were increased, as were performance levels for target acquisition, tracking, and servicing.

These new specifications were a clear, albeit belated, admission that the critics had been correct all along: one class could not be expected to serve as both an explorer and a main battleship. In fact, starship technology was not considered sufficiently mature for a single ship to adequately fulfill both mission profiles until 2245, when the Constitution-class heavy cruiser was launched. (The controversy continues even today in the wake of the problems of the Galaxy-class explorer.)

Luckily, the designers and engineers at Tezuka-Republic had not been idle since their disappointing loss of the Wasp contract in 2171. Instead, they had spent their time refining design TR-223A so that their new entry (TR-374A) was markedly superior to what had been submitted 5 years earlier. In particular, the new SSWR-V warp reactor allowed the bustle to be made smaller, lighter, and even more easily separable. Therefore, it was hardly surprising when in November 2176 Tezuka-Republic was awarded the production contract over designs from Shimata-Dominquez, Prosser & Ankopitch, Mikoyan-Tupolev Dassault, Monarch R&U, and Thornycroft/Ebisu for what was to become the Moskva class.

However, engineering prowess may not have been the only factor in Tezuka-Republic's winning of the contract. There were accusations that the delay in delivery of the Hiryu warp engines was an attempt by Tezuka-Republic to prevent Wasp from reaching her designed performance levels. While no conclusive incriminating evidence has come to light, the delivery of the long-awaited engines shortly before the scheduled launch of Moskva in December 2177 is certainly suspicious. Tezuka-Republic maintains that if their submission of 2169 had been selected, its performance would also have not have met design specifications without the Hiryu engines. However, critics charge that TR-223A was not as reliant as Wasp on the type of engine used. Furthermore, once the Wasp contract was awarded, and even after Wasp was launched, Tezuka-Republic certainly made no efforts to accelerate delivery of Hiryu.

These controversies were soon rendered moot as the new Moskva class was recognized as a significant advance in starship design. The most important new feature was Moskva's discoid primary hull. Earlier designs had chosen a spherical primary hull for reasons of economy. Simple geometric relationships dictate that a spherical hull has the smallest surface area for a given volume. Therefore, construction costs are lower and shields are more efficient. Furthermore, institutional inertia had led nearly all exploratory cruisers originating until that time from the National Aeronautics and Space Administration, the United States Astronautics Agency, the United Earth Space Probe Agency, and its successor organizations to have spherical hulls. 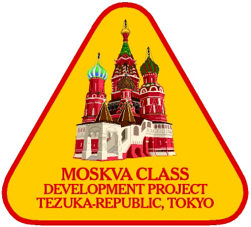 The designers of USS Moskva employed a biconvex disc for several reasons. Their initial motive was to increase hull volume while minimizing both frontal and lateral silhouettes. A warship with large frontal and lateral silhouettes would be at a greater disadvantage in most tactical situations than would be a ship with an increased superior silhouette. However, the discoid hull allowed the traditional radial layout of command hulls to be retained.

More important than these tactical advantages were functional advantages. As was shown with the Wasp class, warp field geometry would have been awkward if a spherical hull with its relatively large frontal area had been used. The discoid hull was also found to channel warp field flow across its upper surface towards the bussard ram scoops of the warp nacelles. This channeling effect improved field efficiency at all power levels and speeds. As the understanding of warp field mechanics was refined, the trend towards saucer-shaped primary hulls would be intensified in later Starfleet vessels. 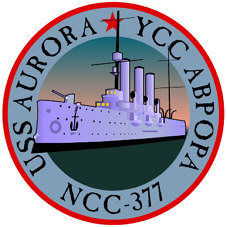 In most respects, the Moskva class continued design and engineering trends established in the Comet and Daedalus classes introduced at the end of the Romulan War. As in these classes, ship functions were clearly divided between a command/crew hull and an engineering/propulsion hull. The bridge was returned to its customary position atop the command hull and the shuttlecraft bay was again placed in the secondary hull. The fusion reactor was centered along the longitudinal axis of the ship, and impulse thrust ports exited immediately in front of the warp bustle detachment seam.

Weaponry was the then-standard mix of fusion-warhead missiles and lasers. New to this class was an early type of ultraphased pulse laser cannon, two of which were mounted in the chin of the primary hull. Although the on-target energy output of this new weapon approached that of early phasers, its power requirement was higher and its range was substantially less. However, subsequent refinements lead to steady improvement and, ultimately, to the development of true phasers in 2202. Although Moskva-class ships were the first to be fitted with phasers in 2204, lasers were still carried by the Moskva class and later classes until the 2220s. Finally, warp capability was supplied by the long-awaited Hiryu mark III drive units.

The first ship of the new class, USS Moskva (NCC-374), entered service with Starfleet in April 2179. An additional 30 ships (NCC-375 to NCC-404) joined the fleet through 2183. Moskva-class ships gained immediate popularity with officers and crews. First, total laser firepower was increased some 75% over that in the preceding Wasp class. Second, because the ship's mass was more equally distributed along the longitudinal axis than in the Wasp class, Moskva was significantly more maneuverable at both sublight and warp speeds. Finally, the more warp-dynamic design allowed greater cruising and maximum speeds.

The Moskva class had an outstanding safety record. No ships were lost because of mechanical failures. However, an incident occurred aboard USS Johannesburg in 2186 when a faulty nacelle flow monitor falsely indicated a runaway positive feedback power loop within the plasma flow governor. Believing that a catastrophic warp core explosion was imminent, Chief Engineer Roberta Bocharnikov ordered the warp nacelles and warp bustle to be separated. Although unnecessary, these maneuvers were successful in causing the separated warp core to initiate its automatic shut-down routine. The warp core, nacelles, and the rest of the ship were towed to Starbase 13, where they were successfully re-mated. Despite her supreme embarrassment, Bocharnikov oversaw the reassembly and relaunching of Johannesburg and retained her position as chief engineer.

Although most ships of the Moskva class had left front-line service by 2215, some continued to serve as auxiliaries and training vessels until the 2240s. After retirement from active duty, Moskva-class ships were used as testbeds for many emerging technologies owing to the similarities of their layouts to those of succeeding classes. USS Moskva was the site of the first successful ship-to-surface transport of a Human being in 2206, and USS Gato was the first ship to fire photon torpedoes in 2214. In addition, Taurus-class tugs, which entered service in 2182, and Sanford-class repair tenders, which entered service in 2185, were derived from the Moskva class and used the same primary hull and warp drive assembly.

The Moskva-class cruiser USS Aurora (NCC-377), a participant of the Battle of Eohippus IV, is on display at the Starfleet Museum.