For more than 5 years before the SSWR-II-A reactor was certified, development of the ships to use the new reactor had been underway. The first class of ships, the Krechet-class cruisers (CCM-1), were based on the fusion-powered Amarillo class (CC-33), which was the United Earth Stellar Navy's (UESN) most modern ship at the start of the war. The main differences between the ships were in the secondary hull. Krechet was the first UESN ship to be powered by the new SSWR-II-B reactor. Krechet used a single spherical Kraftei III nacelle mounted directly behind its warp reactor and 2 small Jaguar II directional nacelles outboard of the primary hull. 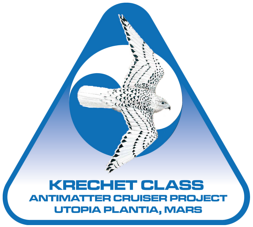 Krechet's performance at warp was significantly improved. Whereas Amarillo had a top speed of wf 2.9, Krechet could reach wf 3.5 and maintain this speed for 8 days. At a cruising speed of wf 3.0 Krechet could operate continuously for nearly 200 days. In addition, because Krechet no longer had to carry large quantities of deuterium to fuel its main reactor, it could carry a larger payload, including more munitions, stores, and consumables. 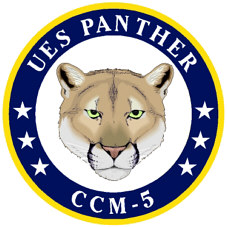 The usefulness of M/AM-powered cruisers was explicitly demonstrated by the first major action involving a Krechet-class ship. In August 2157, UES Bowen (CCM-2) was on deep space patrol from Starbase Jordan, a recently established UESN base in the NN 3622 system, to the Vela Gap, a potential invasion corridor previously unguarded because of the limited range of fusion-powered ships. Bowen crossed a Romulan subspace wake 4.5 ly spinward of Gliese 440, site of the destroyed UESN Deep Space Station Yu-lei and now occupied by the Romulans. Bowen followed the wake like a shark following a trail of blood and discovered a trio of Romulan Tonsil-class tankers. Bowen destroyed the tankers and proceeded along their likely course; 66 hours later, Bowen's long-range sensors detected a 50-ship Romulan armada. Bowen shadowed the armada and dispatched a warp message torpedo reporting the discovery to Starbase Maxwell in the Gateway system (Ross 128). Seventy-one days later, a 15-ship task force, spearheaded by the UESN's new M/AM-powered ships, arrived from Alpha Centauri and engaged the enemy fleet. The Romulans, caught in deep interstellar space without their tankers, gradually lost their ability to maneuver at warp. After a fierce, 3-day action, which became known as the Battle of the Vela Gap, the remnants of the badly mauled and surrounded Romulan invasion fleet self-destructed to avoid capture.

Eight Krechet-class ships would eventually be built. Although the Krechet class was a transitional design that was not effective across the entire performance spectrum, it did allow the UESN to gain valuable experience in maintaining and operating M/AM reactors under service conditions. As the UE-Andor alliance went on the offensive in mid-2158, Krechets were largely relegated to secondary roles by the newer and more capable Powhatan and Comet classes. 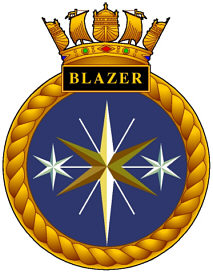 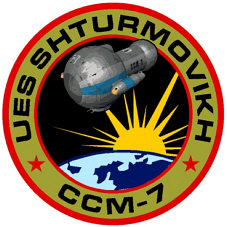 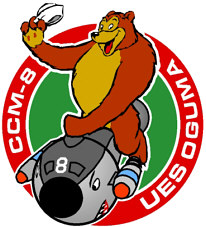 The Krechet-class cruiser UES Feuerstein (CCM-4), a veteran of the Battle of the Vela Gap, is on display at the Starfleet Museum.