Since the introduction of the Lancaster class of 2205, the primary hulls of most Starfleet cruisers have contained all primary command stations, medical facilities, crew quarters, the entire fusion reactor/impulse drive assembly, and most life support machinery and weaponry. This self-contained functional and structural unit can be mated to a small engineering hull with a less powerful warp reactor and standard warp nacelles. Since the resulting ship has a lower displacement than the cruiser from which it was derived, performance at warp speeds is generally similar while that at sublight speeds is generally improved. However, since internal hull volume is decreased along with ships stores, research facilities, and complement, such ships are unable to perform the wide range of missions that a full-size cruiser can. Instead, these ships are usually designed for a single primary role, such as light shuttle carrier, light cruiser, armed transport, and cargo tug. Alternatively, the primary hull of the cruiser can be mated to a larger mission-specific secondary hull, resulting in such types as heavy shuttle carriers, dreadnoughts, assault transports, and hospital ships. Because the secondary hull often carries a warp reactor at least equal in power to that of the cruiser, performance at warp is generally similar while sublight performance is generally worse unless a more powerful impulse drive unit is used. 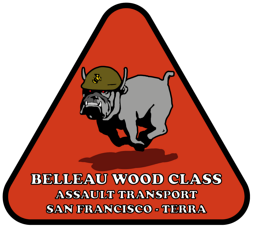 The first ship type to be derived from the Valley Forge class was the Belleau Wood-class assault transport, which was designed to serve as the command ship for landings on heavily defended planetary surfaces. Starfleet had previously introduced several classes of shuttle carrier, but most had been designed to carry fighters for use in ship-to-ship engagements or fighter/bombers to attack ground-based and orbital targets. However, specialized troop landing craft and assault carriers had not been considered necessary since the introduction of transporter-borne assault tactics in the early 2210s. Starfleet was forced to quickly reconsider this policy in June 2224 after 127 Starfleet Marines were killed during the landings at Homunculus XX. Electromagnetic pulses generated by stealthed minifusion warheads below geosynchronous orbit shattered the transporter's annular confinement beams and irretrievably dispersed the matter streams. Although matter transport was still the favored mode of vertical troop insertion, its inherent vulnerability to disruption by most forms of radiant energy and many types of physical obstacles (even as simple as dispersed metal particles) led Starfleet in the aftermath of this disaster to finally recognize the importance of maintaining a credible shipborne landing capability. As a stop-gap measure, several carriers of the Swordfish class were refitted in 2225 with facilities for Marines and a small number of assault shuttlecraft. Then, in December 2227 work was begun on the Belleau Wood-class assault transport, which was based upon the Valley Forge-class cruisers that had joined Starfleet one month earlier.

To increase primary hull volume, the Belleau Wood class introduced a technique later used in the Constellation-class (NCC-1974) explorer of 2270. The most dorsal and ventral decks of the primary hull were kept largely intact while two additional decks were placed in the center of the disc. These new decks effectively doubled the volume of the primary hull and provided space for enlarged cargo holds, training rooms, simulators (for both troops and pilots), armories, cargo bays, command centers, and an enlarged sickbay capable of handling large numbers of battlefield casualties. Most research facilities were removed. The large shuttlebay could handle 24 standard type-15 assault shuttlecraft, which could land a total of 1,000 Marines with light personal shielding or 500 Marines with mechanized armor in a single wave. 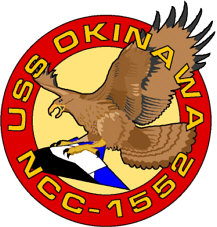 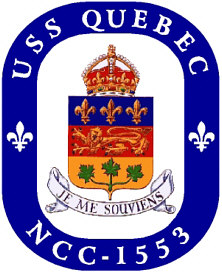 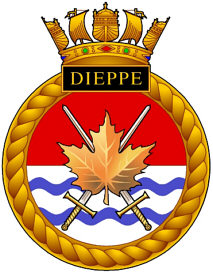 Because the ships of the Belleau Wood class were always to be accompanied by escorts, destroyers, and fighter/attack carriers and because orbital bombardment was to be performed by specialized arsenal ships (also known as fleet monitors) or heavy cruisers, only point-defense phasers were carried. This weaponry was intended as the last line of defense against enemy torpedoes and fighters that had somehow penetrated the fleet's outer defensive sphere.

Ships of the Belleau Wood class took part in nearly all major Marine operations from their introduction in April 2230 until their retirement some 45 years later. Standard procedure was to have at least one Belleau Wood-class ship present at each operation so that shipborne landings could proceed should transporter-borne landings be impossible or otherwise delayed. If shipborne landings were not required, the troopers were beamed down in standard fashion. Operations in which Belleau Wood ships landed troops by assault shuttle included those at Lisyk VIII in 2232, Dantooine in 2241, and Theta Pegasi II in 2255. Because of their large complement of shuttlecraft and generous interior space, Belleau Wood ships have also been involved in several planetary evacuations and relief operations (the New Venice colony in 2238 and Filassh-B III in 2261) when matter transport was considered too dangerous. The last Belleau Wood-class ship in service, USS Okinawa (NCC-1552), was retired in 2276.

The Belleau Wood-class transport USS William Mandella (NCC-1562), a participant in landings at Lisyk VIII, Thaae, and Corf I is on display at the Starfleet Museum.