The end of the 22nd century was a time of rapid advances in Federation technology. Phasers, transporters, and subspace radio were all reaching levels of refinement that would soon allow their use aboard Starfleet vessels. In addition, ever more powerful warp cores and warp nacelles were being introduced on a yearly basis. Although Starfleet had been satisfied with the performance of the Moskva class, by 2200 their 20-year-old hulls had neither the space nor the durability to accept further extensive modifications. Clearly, a new class of capital ship was required which could incorporate the most recent advances in starship engineering.

Although the ships of what was to become the new Lancaster class were to enjoy all the fruits of early 23rd century science, they could not yet do without those of the 22nd. In other words, while Starfleet hoped that the phasers, transporters, and subspace radio would prove reliable, it was still unwilling or unable to abandon the lasers, shuttlecraft, and warp message torpedoes that had served dependably for nearly 100 years. For this reason, the new ships would represent a transition from old technologies to new.

Technology, however, was not the only engine driving the development of the new class. After the end of the Romulan War in 2160, Humanity sought outlets for its newfound confidence and ambition. Much of this energy was channeled into space exploration and colonization, both through the Federation and by Earth alone. However, not all colonization occurred in uncontested areas. The rapid expansion of the Federation sphere of influence in the last decades of the 22nd century often led to confrontations with alien races and empires. Human colonists and their influential supporters in the Federation Council demanded that these new "outposts of Human civilization" be protected. Therefore, a new class of cruisers was required to fulfill this mandate of safeguarding the lives and property of Federation citizens wherever they might be endangered.

However, the existence of these powerful civilian political concerns is not to imply that they alone dictated Starfleet doctrine or procurement policy. In fact, many officers throughout the Starfleet chain of command also saw their "prime directive" to be the expansion of Human, if not Federation, civilization. They welcomed the development of a "big stick" with which territorial claims could be both established and protected, either by force or threat of force. The starship construction industry, too, lobbied for the development of a potentially lucrative new class of ships. Therefore, these converging interests ensured that mere fiscal responsibility and military necessity would not prevent development of a new cruiser class.

The ships of the new class promised to be significantly larger than those of the Moskva class. First, protecting distant colonies on the frontiers of the Federation would require a powerful cruiser that could operate at a high state of readiness for extended periods of time without the support of starbases. Because of the great distances that a single ship would be required to patrol, extreme speed was a necessity. Therefore, the new ship would carry the largest, most powerful warp reactors and nacelles that Federation engineers could devise. These large engines would naturally have immense fuel requirements. Ensuring the ability to prevail against any conceivable threat forces called for massive firepower, supported by command and control facilities, munitions stores, fighters, landing craft, Marines, and a small army of technicians. Furthermore, since these ships were destined to operate on the limits of known space, they carried the most advanced scientific facilities. Finally, Starfleet's unwillingness to rely entirely upon emerging technologies required a significant degree of functional redundancy.

In April 2201, the Starfleet Ships Specifications Review Board finally issued a request for submissions for the new Lancaster class (NCC-1209) of 50 ships. As expected, the new ships were to be substantially larger than their predecessors of the Moskva class. A total hull volume of not less than 125,000 m³ (roughly twice that of Moskva) was specified. Performance levels were also increased. Lancaster was to be able to sustain a cruising speed of wf 4.8 for 750 hours and a emergency speed of wf 6.4 for 50 hours. They were to carry enough fuel and provisions to remain at station for 2 years without resupply.

Most major shipbuilding concerns both on Earth and throughout the Federation immediately recognized the importance of the new contract and submitted proposals for the Lancaster class. The large projected order of 50 ships could conceivably decide the fate of multisystem corporate empires. In fact, the Lancaster competition was to be a watershed event in the history of Federation warship design. It perfectly crystallized the different trends in starship design philosophy, and its winner was to set the course for future Starfleet development for the next 175 years.

Because of the large numbers of entries and the potential financial windfall at stake, the competition was extremely fierce. (For an entertaining and informative recounting of this competition, see the classic 2251 history The Great Lancaster Competition by N. Sachiko Bogdanovich) Numerous allegations of industrial espionage, sabotage, and even assassination were made, if not proven. Furthermore, substantial sums of money and other gifts and services (some of a rather personal nature) were said to have been lavished upon members of the Review Board, their families, and even casual acquaintances. Despite these many suspected irregularities, a winner was finally announced in October 2203.

The winning design by the Shimata-Dominquez Corporation of Manila, Earth, was certainly not the most elegant. It has been compared to a "warp-capable brick" because of its stark, almost brutal, contours and thick, relatively short warp nacelles. Although this assessment is not entirely fair, the Lancaster ships admittedly suffer in comparison to their immediate successors, USS Valley Forge and her sisters, which were appreciated for their slim, graceful lines. However, despite the allegations of irregularities during the competition, the Review Board probably made the correct choice.

The soundness of the decision is supported by the fact that USS Lancaster is generally considered the first "modern" starship with all primary facilities in the same general positions as in current vessels. As is now standard, the bridge was placed in the top deck of the center of the primary hull. Although this position has been criticized as tactically reckless and technologically unnecessary, it symbolizes the bridge's command of the entire ship. Because the primary hull was much larger than it had been in the Moskva class, it could now house the impulse deck and its fusion reactor. Deuterium was stored in two huge tanks on either side of the impulse deck.

In the secondary hull, innovations included a fully ejectable warp core, which was separated, along with a large ventral hull plate, from the rest of the ship by chemical thrusters. Because man-rated transporters were only installed more than 10 years after the class had entered service, Lancaster ships still had an extremely large shuttlecraft bay. However, unlike in the Wasp and Moskva classes, the shuttlecraft bay was placed longitudinally. Lancaster carried an airwing comprising a full fighter/attack squadron (10 ships). Orbital assault capability was provided by 6 assault landing craft and facilities for 120 power-suited Marines. 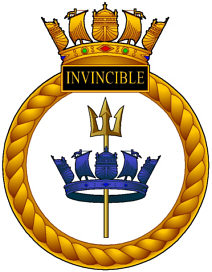 After a relatively brief construction and shakedown period, USS Lancaster entered Starfleet service in February 2205. The next 15 vessels followed in the subsequent 24 months. Almost immediately, the new class was hailed by both civilian and military analysts as a significant advance in starship engineering. However, perhaps the best measure of a ship's success is the opinions of the men and women who serve on them. And more than any other class of ships in Starfleet history, Lancasters were loved by their crews. This fierce loyalty was reflected by the perversely prideful nicknames, such as "Thunderhog" (USS Olympia, NCC-1216) and "Death Slab" (USS Texas, NCC-1252), that they gave their ships. Lancasters, particularly those in frontier areas, were often decorated with unofficial hull "nose art" and kill markings. In fact, many crews were reluctant to give their ships up when the later Valley Forge and Constitution classes were introduced.

One reason for this loyalty was Lancaster ships' ability to absorb extreme amounts of damage and remain in action. This "toughness" was due in part to the sheer size of the vessels. Lancaster displaced twice as much as the preceding Moskva class (67,000 t vs 145,000 t) and were substantially larger than most opposing vessels of that time. (Exceptions were the large but technologically primitive Klingon cruisers of the D3 and D4 classes, which displaced 215,000 t and 290,000 t, respectively.) Furthermore, Lancasters had a significant degree of functional redundancy. New systems were constantly refitted as they became available. However, when possible, old systems were maintained as auxiliaries, so that they could compensate for damage to a primary system. Finally, because Starfleet could not always anticipate where in a ship a new system would be installed, structural members in all areas were strongly reinforced. 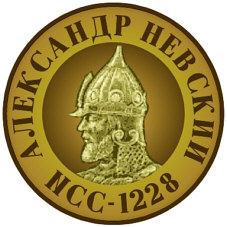 Perhaps the main reason that Lancasters were so popular was that they were simply the most powerful warships of their time. No expense had been spared to ensure that Lancasters could bring the highest speeds, strongest shields, and greatest firepower to the battle zone. In addition to lasers and fusion weapons of earlier classes, Lancasters also carried phasers, photon torpedoes (after 2218), and a Marine company. Because of their reputations as superb fighting ships, Lancasters attracted Starfleet's finest officers and enlisted personnel, who were eager to prove their skills in combat.

As a group, Lancaster captains were probably the most aggressive in the history of Starfleet. However, their leadership style perfectly suited the spirit of the times. The early 23rd century has been called the "imperial era" of Human history, when territorial expansion was pursued whatever the cost. Whenever new star systems were surveyed, they were immediately subject to exploitation and colonization, regardless of official approval by the Federation Council or prior claims by other powers. However, once colonies were established, the Human-controlled Starfleet fulfilled its popular mandate to protect Federation citizens from danger, even if the danger was of their own making. Therefore, to defend the ever-expanding borders of the Federation, Lancasters were constantly in combat throughout their service careers. 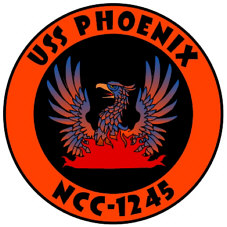 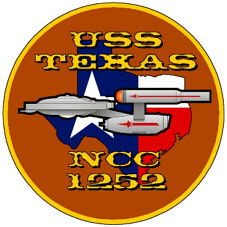 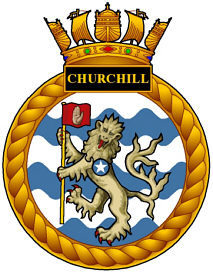 After a long and storied career, the Lancaster-class heavy cruiser was finally withdrawn from service in 2264. USS Unicorn (NCC-1234), the recipient of seven battle stars and the last ship to be retired, is on display at the Starfleet Museum.